Dr. J.P. McAleer received his medical degree from the New York College of Podiatric Medicine where he graduated in the top of his class. He went on to complete his internship and residency in Podiatric Medicine and Surgery at the Icahn School of Medicine at Mount Sinai in New York City. Mount Sinai Hospital consistently ranks in the top 20 nationwide by U.S. News & World, achieving honor roll status in multiple specialties. During his training there he earned the respect of his attending physicians and fellow residents and served as chief resident. 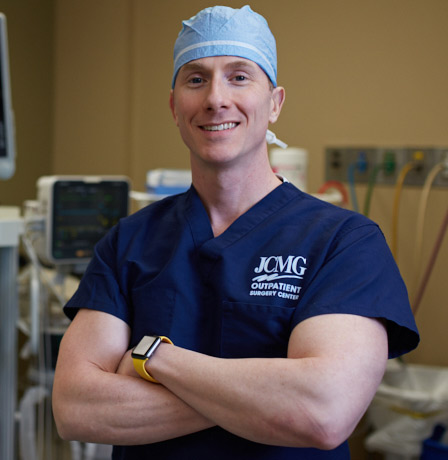 Dr. McAleer is experienced in all aspects of foot and ankle care including surgical and conservative treatment options. He is well-versed in lower extremity wound management and formerly directed patient care at the SSM Health – St. Mary’s Wound Healing Center. Dr. McAleer has a particular interest in reconstructive foot and ankle surgery, diabetic limb salvage procedures, cartilage grafting techniques for arthritic joint damage, and regenerative medicine techniques. He is the first physician at JCMG to perform total ankle joint replacements for the treatment of ankle joint arthritis. He is also the first surgeon in the area to successfully perform the arthroscopically assisted deNovo juvenile hyaline cartilage grafting technique for osteochondral defects of the ankle joint.

Dr. McAleer introduced the innovative Lapiplasty procedure to the State of Missouri. This new technology provides reproducible 3-D triplane bunion correction, reducing the risk of bunion reoccurrence and improving patient outcomes. This ground breaking procedure allows for patients to walk after surgery and returns them to their shoes in half the time of traditional bunion surgery.

He specializes in bunion/hammertoe surgery, flatfoot deformity correction, management of joint arthritis, heel pain, repair of tendon tears/ruptures, and fracture management of the foot and ankle. He cares for both pediatric and adult patients.

Dr. McAleer entered private practice in 2006. He is a shareholder partner at the Jefferson City Medical Group. He also has privileges at SSM Health St. Mary’s Hospital and serves as the Vice Chief of Staff at the JCMG Surgical Center. He is a Diplomate of the American Board of Foot and Ankle Surgery, Certified in Foot Surgery, and is a Fellow of the American College of Foot and Ankle Surgeons. 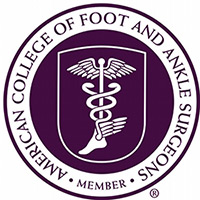 Dr. McAleer has authored articles published in several medical journals, has lectured internationally and is a member of the Surgeon Advisory Board for Treace Medical Concepts, Inc. He is a medical device consultant and researcher and is actively involved in educating surgeons nationally. Dr. McAleer is a member of the Jefferson City Chamber of Commerce. He is an exercise enthusiast and holds a second degree black belt in Ryu Renshi Dan Karate and a blue belt in Gracie Barra Brazilian Jiu-Jitsu. He enjoys spending his free time traveling with his family.